The two clubs split the first two games at Boston's Fenway Park. Back in the Red's Riverfront Stadium, The Big Red Machine took 2 out of 3 games. Now everything was set for what some believe was the greatest game in World Series history.

Rain had delayed game six for three days so now Red Sox pitcher Luis Tiant was available to start the game on October 31. 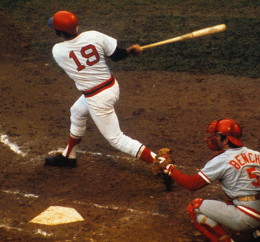 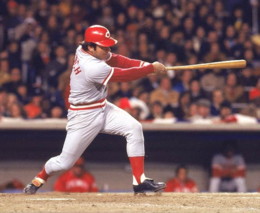 But with two runners on in the fifth, Ken Griffey tripled them home. Johnny bench followed with a single to plate Griffey and tie the score at three.

In the seventh, George Foster doubled in two runs and Ceasar Geronimo homered to give the Reds a 6 to 3 lead.

Fred Lynn singled to start the eighth. After a walk to Rico Petrocelli, Sparky Anderson brought Rawley Eastwick in from the bullpen. Eastwick struck out Dwight Evans and got Rick Burleson on a line out to left. Bernie Carbo, who was once a first round pick for the Reds, came on to pinch hit for the Red Sox. 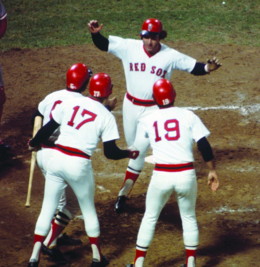 On a 2-2 pitch, Carbo fouled the ball off with one of the worst swings ever seen. But on the next pitch, Bernie slammed the ball to deep center. As the ball cleared the wall for a three run homer, broadcaster Joe Garagiola simply said, "We're tied up".

Years later, Carbo admitted that he was high on drugs and alcohol during this at bat.

We all thought the Red Sox had the game in the bag in the ninth. The Reds sent their seventh pitcher to the mound, Will McEnaney, who promptly loaded the bases with no outs.

McEnaney walked Denny Doyle who went to thrid on a Carl Yastrzemski single. He intentionally walked Carlton Fisk to load the bases. Fred Lynn followed with a fly ball to short left field. Foster caught the ball in foul ground and threw out Doyle at the plate for the double play. McEnaney then got Petrocelli to end the inning. 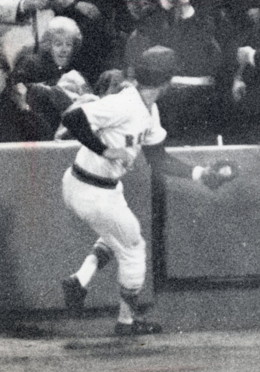 Now it was the Reds turn to take the lead in the top of the eleventh. With Griffey on first, Joe Morgan ripped one to deep right that looked like it would clear the fence. But Red Sox right fielder Dwight Evans made a spectacular catch, then threw back to first to double off Griffey.

The Reds threatened again in the top of the twelfth. With one out, Tony Perez and Foster singled. But Dave Concepcion flied out and Geronimo fanned.

Fans and even the broadcasters wondered if this exciting game would ever end. In the bottom of the twelfth, Sparking Anderson brought in his eighth pitcher of the game. I weary Pat Darcy. It has since been reported that Reds catcher Johnny Bench mentioned his concerns to Anderson that Darcy was tired. 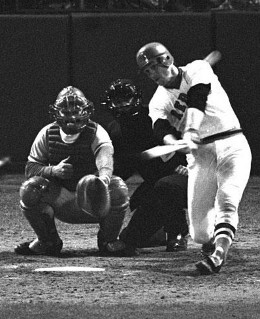 The first batter he would face would be Carlton Fisk. Fisk swung at the second pitch from Darcy and drove the ball high and deep down the left field line. As he left the batter's box, Fisk began to "wave" the ball to stay fair. Broadcaster Dick Stockton called the drive, "Long drive, if it stays fair....home run!". The ball hit the left field foul pole for the game winning home run. 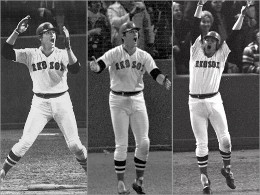 Later NBC camera man, Lou Gerard, who was stationed inside the Geen Monster wall at Fenway, said he was instructed by the director to follow the flight of the ball. But a rat running around his feet distracted him and he kept the camera on Fisk who was waving and now leaping for joy down the first base line. Thank God for the rat. Otherwise we may never have seen this now famous moment of Carlton Fisk after hitting the home run.

After the game, Pete Rose said that this was the greatest and most fun baseball game he had ever play in. Even though the Reds had lost.

The Red Sox had tied the series and there would be a game seven. But the Reds came back to win game seven 4-3 and take the World Series. But game six, what a game! Oh man what a game!