This Glove Has Been Sold. 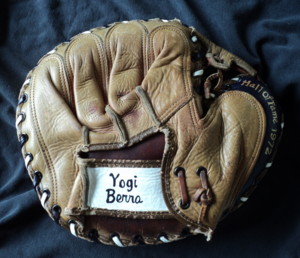 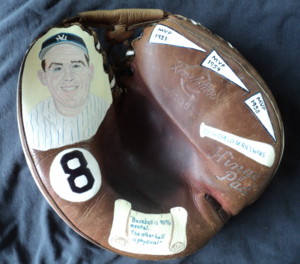 Starting with a vintage catcher's mitt. 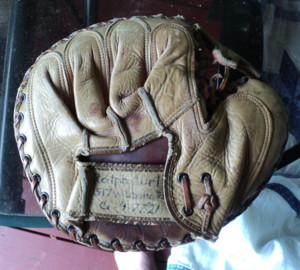 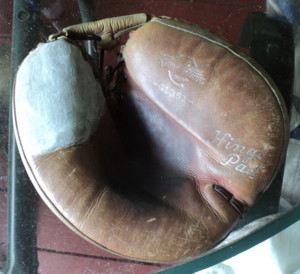 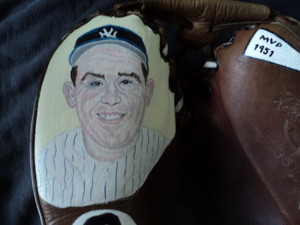 My hand painted portrait of Yogi Berra is on the thumb. 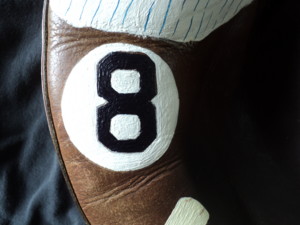 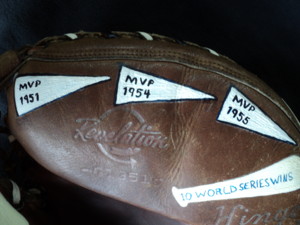 Across the top of the glove are pennants with the three seasons Yogi won the Most Valuable Player award. 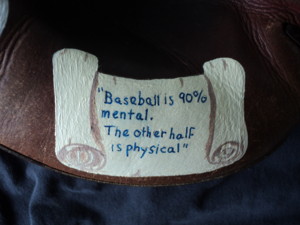 One of Yogi's "Yogisms". "Baseball is 90% mental, the other half is physical". 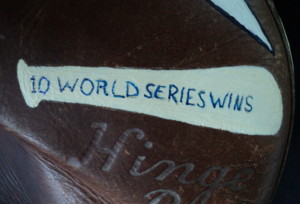 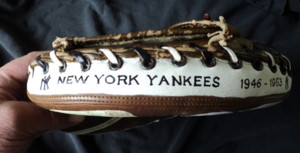 The edge of the glove shows the years Yogi played for the New York Yankees. The laces are painted with Yankees colors. 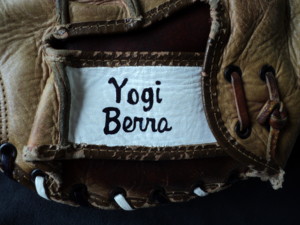 The back of the catchers mitt has Yogi Berra's name, 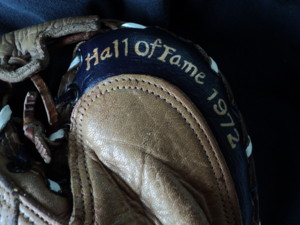 and the year was was elected to Baseball's Hall Of Fame. 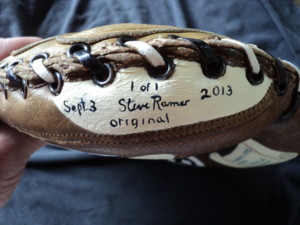 The bottom edge has my signature and the date that this glove was completed.

You will also see "1 of 1". This means that this is number one of only one created.

This is a one of a kind piece of art. There will never be another exactly like it.